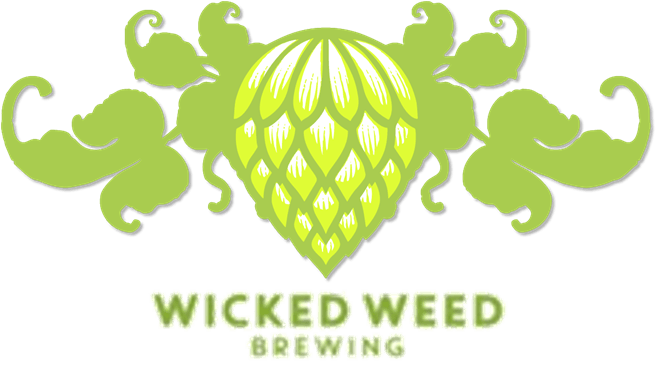 In 2009, Walt and Luke Dickinson sat at a craft beer bar and talked about the dream of opening their own brewery focusing on big, West Coast hoppy ales and authentic Belgian ales brewed to inspire those who drank them. There would be no looking back. Over the next two years, a preliminary business plan was developed and test batches were brewed.

In 2011, Walt and Luke’s lifelong friend Ryan Guthy and his parents Rick and Denise all sat down at the Guthy’s house in the mountains of Western North Carolina to taste Luke and Walt’s creations, while discussing ideas and strategies for what would become Wicked Weed Brewing. After weeks of thoughtful research and soul-searching, the Guthys joined the Dickinsons.

Wicked Weed Brewing found a home at 91 Biltmore Avenue, in a former hardware store building that seemed destined to be a brewery.

In 2017, Wicked Weed Brewing entered into a partnership with the Anheuser-Busch family of craft breweries. Wicked Weed’s original founders enjoy the same independent freedom and control over their recipes and brand development they’ve had since being founded in 2012. Wicked Weed operations, innovations, and brewing are managed by Wicked Weed employees in Asheville, North Carolina.

Learn More About Wicked Weed Brewing And Their Beers By Visiting Their Website.