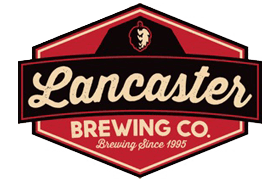 By producing Lancaster’s first commercially brewed beer in nearly 40 years, Lancaster Brewing Company has reawakened a rich and colorful brewing history. Brewing in Lancaster County grew from the back rooms of inns in the early 1700’s into a thriving industry. By 1810, the county accounted for 7% of all beer brewed in the US.

Blessed with fresh country air, pure water and arguably the richest, non-irrigated farmland in the world, Lancaster is still a place where a hand-shake means something, and where genuine craftsmanship artisan quality and stubborn self-reliance remain part of everyday life.

At Lancaster Brewing, we unite our obsessive commitment to quality ingredients with equal measures of creativity, skill and experience, to brew consistently great beer.  Inspired by long and rich brewing traditions, we are proud to brew in the heart of Lancaster County, alongside scores of old-world craftsmen, independent farmers, working the more than 5,300 local farms, and our fiercely independent Amish neighbors.

Learn More About Lancaster Brewing Company And Their Beers By Visiting Their Website.