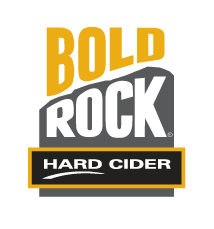 John Washburn is a Virginia native who’s always had a love of pastoral open spaces. In 1985 he found a piece of land in Nelson County that he couldn’t resist. The 50-acre property sits on an idyllic stretch of the Rockfish River—expansive views of rolling green hills rest against the peacefully rolling waters, as the Blue Ridge Mountains tower above. John knew he had a special piece of land, and as he contemplated how to put it to use, he eventually noticed the burgeoning craft spirits scene being created along the Route 151 corridor in the scenic Rockfish Valley. Wineries have long been plentiful in the area, and in recent years a handful of craft breweries have opened as well. John had an idea to produce craft cider from the bounty of apples being produced in nearby Virginia orchards.

Brian Shanks grew up in the New Zealand countryside. His family arrived in the country in 1840 and through many generations settled into a life of farming, driving cattle and growing grapes for vineyards. Shanks eventually bought an apple orchard, and when a fortuitous cyclone cleared his trees of fruit he decided to experiment with making small batches of hard cider.

In 2010, John boldly cold-called Brian and asked for a meeting. These two salt-of-the earth characters—one a Southern gentleman, the other an affable bloke—became fast friends. John convinced Brian to fly with him from New Zealand to Virginia, and soon after, a new partnership was formed. Bold Rock sold its first bottle of cider in June 2012, and the rapid growth that followed was admittedly unexpected. The two fast friends have since put together a rapidly growing operation, using state-of-the art equipment that is run by a hard-working staff of 32 local Nelson County employees to produce delicious craft cider from local apples that is being enjoyed throughout the East Coast from Pennsylvania through North Carolina.

Learn More About Bold Rock Hard Cider And Their Ciders By Visiting Their Website.